Knoxville is located along the banks of the Tennessee River. It is best known for its college town reputation, but there is more to this city than meets the eye. There are a few neighborhoods suited for retirees, as well as for growing families. If you look a little deeper, you’ll discover why locals love living in Knoxville TN.

Knoxville is in Eastern Tennessee. It is the seat of Knox County with a population of 190,740 as of the 2020 census. It is the third largest city in the state, next to Memphis and Nashville. This city is part of the Knoxville Metropolitan Statistical Area and was the first capital city of Tennessee.

Is Knoxville a good place to live? That depends on your priorities and what you are looking for in a city. Below are the top reasons why locals love calling Knoxville home.

Knoxville is a major city in Tennessee. But unlike other big cities and metro areas in the US, it has retained its charming, small-town feel. This is just one of the reasons why locals love living in Knoxville TN.

It has everything you want in a city: public transport, basic amenities, restaurants and bars, healthcare facilities, and schools. And yet, it is not too overwhelming and is not densely populated. Those who live in one of the smaller neighborhoods tend to know each other, creating an endearing  sense of community.

The efficient public transport system means that there is none of the nightmarish traffic that people living in other big cities experience daily. It has a friendly atmosphere and tourists feel the warm welcome of the locals. While Knoxville is still a large city in terms of size, you’ll never feel that because it’s easy to connect with locals.

2. Mild Weather All Year Round

The city of Knoxville experiences four seasons throughout the year. But unlike other parts of Tennessee and the US, the year-round weather is mild and there is not a lot of snow during winter.

The city has a humid subtropical climate with hot and humid summers. During winter, the temperature drops, but snowfalls are infrequent,  if at all. The average snowfall is 4.6 inches, and you can expect the last of the snow by January or February.

The moderate climate in Knoxville is part of the reason why retirees love to live here. It allows them to live comfortably without dealing with extreme weather conditions.

Simply put, you can get more bang for your buck if you live in Knoxville. It is impressive given that this is a major metropolitan area. The real estate cost in Knoxville is also cheaper than most other cities in Tennessee, or other major metro areas of its size. It is cheaper for potential homeowners to acquire their property in Knoxville than in anywhere else in Tennessee.

In addition to the low cost of housing, the city also ranks high in terms of affordability in other major price categories such as utilities, transportation costs, food, rent, etc. The low tax rates in Knoxville, and Tennessee also add to the factors that deliver low-cost living among its residents.

Residents who love spending time outdoors and exploring natural features are spoiled for choice in Knoxville. This city is home to an outstanding array of natural attractions such as parks, hiking trails, wildlife management areas, and more.

The Great Smoky Mountains National Park is only a short drive away from Knoxville. Its proximity to the Tennessee River provides plenty of recreational opportunities such as hiking, boating, fishing, camping, and outdoor picnics. Knoxville residents can enjoy exploring many hiking trails.

Among other notable natural attractions to explore in Knoxville are the Zoo Knoxville (great for families and kids), Ijams Nature Center, Seven Islands State Birding Park, and Lakeshore Park. 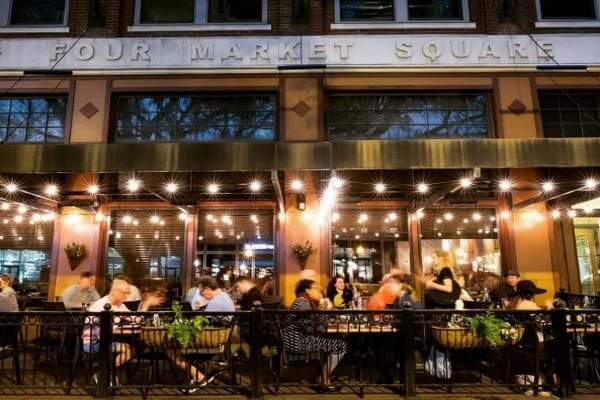 Knoxville is a vibrant city with plenty to offer for culturally-inclined residents or tourists. One of its attractions is the vibrant sports culture of the city. It is home to many famed sports teams such as the Tennessee Smokies, Knoxville Ice Bears, and the University of Tennessee Volunteers.

The downtown area is filled with many cultural and historical sites including Market Square, Gay Street, and the Old City. The Market Square district is comprised of 19th-century buildings that have been converted into boutique shops, souvenir stores, and restaurants. You can explore these areas and any part of downtown and find an eclectic array of dining options, bars, movie theaters, and bowling alleys.

Knoxville also plays host to several annual festivals including the Knoxville Film Festival, Big Ears Music Festival, Dogwood Arts Festival, the Knoxville Marathon, and the Second Bell Fest. If you want to discover the history and culture of Knoxville, you can head to the McClung Museum of Natural History & Culture, the Mabry-Hazen House, and the Knoxville Museum of Art.

There is something for everyone in Knoxville! This city welcomes its locals and gives them a reason to stay with its unique offerings and affordable options. If you like living in the big city without being too overwhelmed, Knoxville is the perfect choice for you. You can access all the amenities and features available in a big city without the chaos, traffic, and stress of big city living. It’s no wonder why the residents love calling Knoxville home!