Knoxville and Nashville are two major cities in the state of Tennessee. They are also among the top choices for cities to live in for those looking to move to the state. Even though they belong to the same state, these are two completely different cities. It is important to take a closer look at Knoxville vs Nashville so you can decide which city fits your desired lifestyle.

There are pros and cons for each city, which makes it more challenging to choose the better of the two. The best way to assess your options is to look at the key indicators that would impact your quality of life. You can also look at these indicators based on what you’re looking for in a city and where your priorities lie.

Cost of living is an important indicator for most people because you want to be able to afford to live comfortably in  the city of your choice. With that said, Knoxville is a cheaper place to live than Nashville. The latter is a popular urban center, so your cost of living is higher.

Knoxville is cheaper in most areas: cost of housing, transportation, food, utilities, and other expenses. The healthcare cost is the only area where both cities are similar.

Whether you plan on buying a house in Tennessee or renting an apartment, it’s important to compare the real estate costs in Knoxville and Nashville.

The median home price in Knoxville is $364,000 with an average home price per square foot of $192 (based on data from Realtor.com). The average price for homes sold in the market is $350,000. The cost of housing in Knoxville has shown a year-on-year rise of 25.9% since August 2019. Homes in Knoxville, TN tend to sell 1.65% above the asking price of the market.

Even though the home prices in Knoxville have increased over the past few years, it is still more affordable compared to the cost of housing in Nashville. Based on this Realtor.com report, the average cost of homes in Nashville is $474,900. The average home price per square foot is $283. The real estate costs in Nashville have been on an upward trend since August 2019 when it experienced a 22.1% year-on-year increase. In 2021, the homes listed in Nashville had an average of 40-52 days on the market.

The job market is a good indicator of the health of the city’s economy. It is an important area to consider for anyone wanting to move to TN because it allows you to determine what jobs are available and whether you can land one.

Knoxville has a healthy job market compared to other similarly sized cities. The unemployment rate of 4.7% is below the national average of 6%. The Knoxville job market is also seeing a nearly 1% yearly increase, which means more possibilities for its residents.

Nashville is also a hot destination for job seekers, with this report citing it as  the second strongest job market in the US, as of May 2022. The unemployment rate in Nashville is lower than that of Knoxville at 4.5%, with future job growth of over 48%.

Nashville’s public transport system is behind when compared to other metro areas of its size. The city does have a public bus system, but it is highly inefficient. It does have an efficient highway system that connects it to other cities within and out of the state. There is also one international airport in Nashville.

Knoxville has a better public transport system that includes buses, rail, and trolleys. It is easy to get around, even without a car, especially in the downtown area.

Nashville is home to country music. It’s called Music City because this is where many of the most popular names in the country music industry hail from. Aside from the abundance of live music venues and a vibrant nightlife scene, it is also home to popular attractions such as the Nashville Country Hall of Fame and the Johnny Cash Museum.

Knoxville is also filled with many leisure and cultural opportunities. The Market Square district is a good option for those who want to explore historic buildings. There are also many outdoor leisure opportunities in Knoxville, such as national parks and hiking trails.

Winner: Both (Knoxville for the variety of options, Nashville for music enthusiasts)

Access to quality schools is a primary consideration for many who plan on moving to Tennessee, especially for families. Nashville does not have a good public school system, which is surprising for a major city. It does have one prestigious opportunity for those wanting to obtain quality higher education. The city is home to the prestigious Vanderbilt University.

Both Knoxville’s private and public school systems are impressive. These schools consistently receive high marks in nationally administered tests. However, this isn’t the best place to go for anyone seeking higher education in Tennessee.

Winner: Both (Knoxville for grade school and high school, Nashville for higher education) 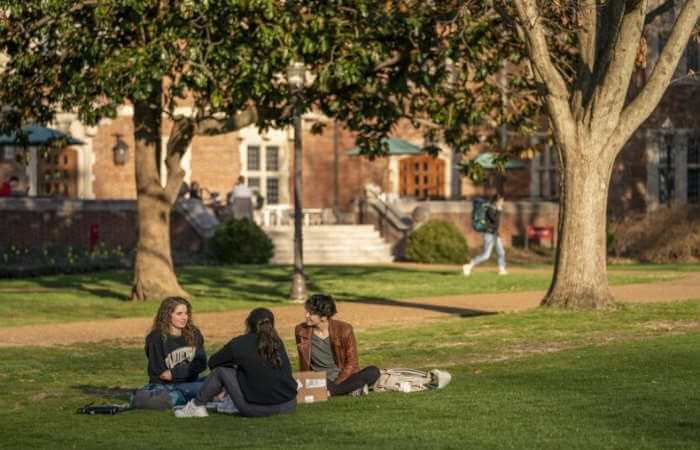 Based on the measurable metrics above, the two cities are just about tied when it comes to quality of life. Knoxville residents enjoy the affordability offered by the city and its mild climate throughout the year. Meanwhile, Nashville residents enjoy access to entertainment and culture along with a lack of pollution.

Realtor.com has ranked Knoxville number eight in the top 10 list of the best affordable small and midsized cities in the US in 2018. On the other hand, Nashville (aka Music City) is one of the fastest-growing cities in the US, not just in Tennessee.

Nashville is the more popular city of the two. But Knoxville holds its own with its good educational system, low-cost living, and a promising job growth projection for the next few years. On the other hand, Nashville is the better option for those who are looking for a safe city free from crimes and with more diversity.