Safety is an important factor to consider when choosing a place to live. In the case of Knoxville, the crime rate is a serious issues plaguing the city. There are several positive reasons for living in the city, but the alarming crime rate is difficult to dismiss. This guide will walk you through the Knoxville TN crime rate statistics over the years and future trends to help you decide if it’s safe to live there.

Knoxville’s crime rate is statistically higher than other major cities in TN and the US. However, it is important to look beyond the numbers and analyze what those numbers mean. This will enable you to assess the overall safety of the city and whether it is a good option for anyone planning to move to the city. 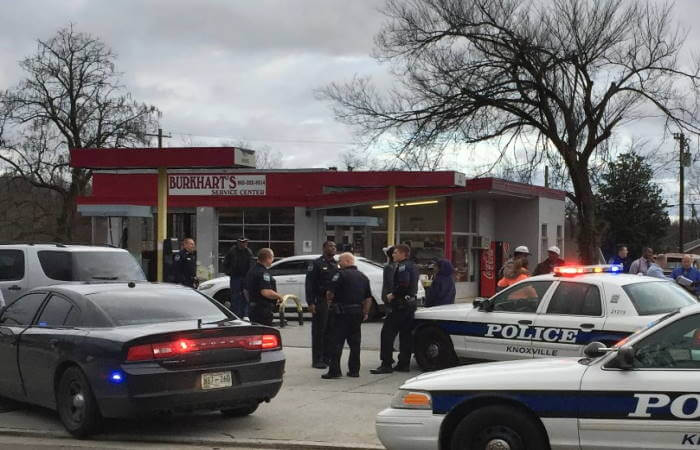 In 2020, Knoxville registered a total of 1,528 violent crimes. This is equivalent to approximately 801 crimes per 100,000 residents. The crimes that fall under the violent category include rape, homicide, aggravated assault, and robbery.

These violent crime statistics reveal that Knoxville is the same as other major cities like Los Angeles, Dallas, and Atlanta.

Based on this number, every resident has a 1 in 125 chance of being a victim of violent crimes. This data is staggering and can be a cause for concern. However, the police force in Knoxville have been working hard together with the residents to increase the safety of the city and help curb the occurrence of these violent crimes.

Property crime is one of the most common types of crime committed in Knoxville. The 2020 crime statistics in the city show that there were 7,977 reported cases. This data shows that out of 100,000 residents, 4,182 of them experience property crimes. Some examples of this type of crime are burglary, larceny, arson, and motor vehicle theft.

The statistics on property crime in Knoxville are comparable to other major cities like Detroit and New Orleans. The numbers also reveal that you have a 1 in 24 chance of becoming a victim of this type of crime.

Is it Safe to Live in Knoxville TN?

Yes and no. It depends on where you live in Knoxville since it has several neighborhoods.

If you are planning to move to Knoxville, it is best to do your research on the safest neighborhoods. This will help you choose the best place to live where there is a lower risk of crimes occurring.

Downtown Knoxville, for instance, is generally safe, particularly during the daytime. During the night, it is recommended that you stay in crowded places and avoid sketchy spots.

The public transportation in Knoxville is also pretty safe, especially during the regular commuting hours. If you are going to travel or commute outside of those hours, you must take extra safety precautions. It is also recommended that you use ride-sharing services instead.

The occurrence of crime is never a good thing. Therefore,  as a potential home buyer, you should consider these numbers when choosing where to live, especially if you are looking for the best place to live in TN.

Here are important crime rate statistics about various cities in TN based on data from City-Data.com. These cities are listed from the highest crime rate to the lowest.

Based on the crime rate compared with various cities in Tennessee, Knoxville is right in the middle of the pack. While it is far from being the most dangerous city in the state, it is not entirely safe. It is important to be aware of the risk of crimes. This is the first step to keeping your home and family safe. 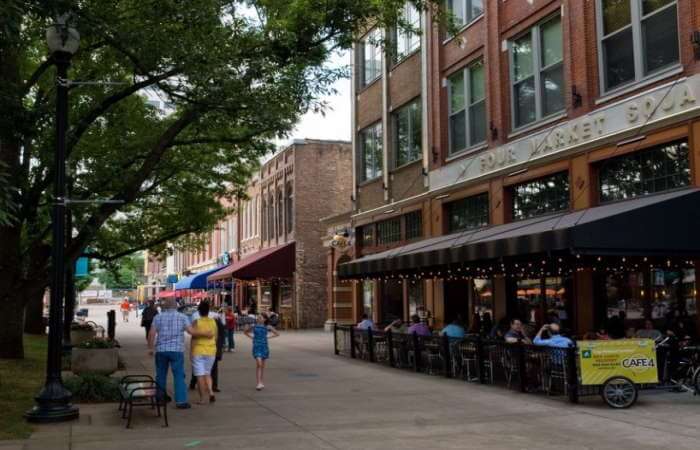 This neighborhood is located right within the city center. This is a dense suburban area where a majority of the population are renters. It is relatively safe as a neighborhood but that does not mean it is crime-free. It is the best option for those who like living in an urban area but without the staggering cost of living that you can expect in Nashville or Memphis.

This affluent neighborhood is one of the safest places to live in Knoxville. The high-income residents enjoy the exclusivity of this community where 90 percent of the residents are homeowners. It is an ideal option for large families that want a large space to live in or to be away from crime.

Oak Ridge is another option for anyone looking for a safe neighborhood in Knoxville. It is easily accessible and is quiet and safe. It has a family-friendly atmosphere and has one of the lowest crime rates in the city.

This growing neighborhood is one of the safest places to live in Knoxville. It is located close to the borders of Georgia and North Carolina. Maryville is another family-friendly neighborhood that offers affordable housing and cost of living.

The neighborhood of Seymour is located 20 minutes southeast of Knoxville. It is surrounded by nature and feels like a suburban escape from the city. The homes in this neighborhood typically come with a large backyard. It is one of the safest places to live in Knoxville.

Is Knoxville a Good Place to Live?

Crimes are part of society. There is no way to escape them. However, you can limit your exposure to crime by avoiding certain high-risk areas. The Knoxville, TN crime rate has been showing improvements over the past few years as the police force is taking serious steps to combat the problem.

Taking this into mind, along with the other positive aspects of living in Knoxville, it is still considered one of the best places to live in Tennessee. Make sure to conduct additional research on the different neighborhoods so you can find the safest ones.