Is Knoxville TN a good place to live? If you are planning to move to Knoxville, you might be asking this question. Well, you are in luck, because this guide will attempt to answer this question and provide you with the crucial information you need before the actual move.

Knoxville is a city located on the banks of the Tennessee River. It is best known as the home of the University of Tennessee, the state’s premier university. While Knoxville is popular as a college town, there is more to this city than that. The vibe of the city will vary based on which neighborhood you choose to live in, which makes it an important consideration to make in your moving process.

It is the county seat of Knox County in Tennessee. The city has a population of 190,740 as of the 2020 census. Knoxville is also the third-largest city in Tennessee, after Memphis and Nashville.

Geographically, Knoxville is located close to the Appalachian Mountain range and is known as the gateway to the Great Smoky Mountains National Park.

To know if Knoxville TN is right for you, it’s important to break down the different factors that affect the quality of life among Knoxville residents. 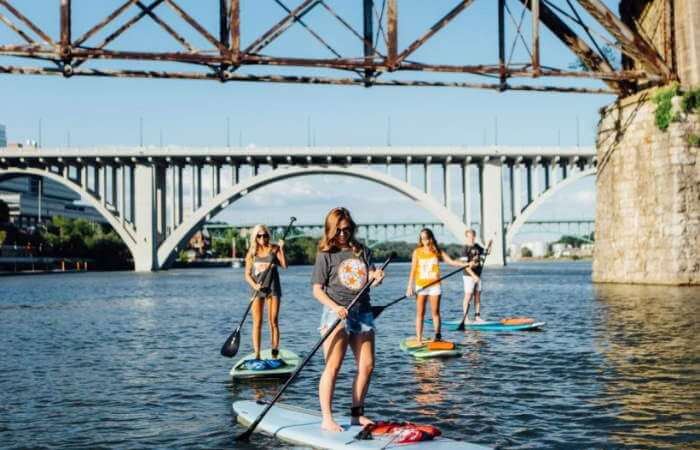 Who are the Knoxville Residents?

The population of Knoxville is young; this can be attributed to the college students that live in the city. However, many young families also live in Knoxville.

The population in the metro area of Knoxville has seen increased diversity over the past few years. It is reflected in the many activities and festivals observed in the city throughout the year.

Aside from the cultural and age diversity among the residents in Knoxville, they are also pretty diverse when it comes to religion.

Here is a breakdown of the Knoxville population per age (based on data from US News):

Cost of Living in Knoxville

Knoxville residents enjoy affordability because the average cost of living in the city is lower than the national average. This low cost of living results from the affordable housing and utility costs in Knoxville.

It’s not just the cost of buying a house that is cheaper; the average monthly rent is also cheaper in Knoxville compared with other metro areas in Tennessee and the US. The median rent in the city is $883, while the national average is $1,096.

Knoxville experiences all four seasons. But unlike other cities in the US, it does not get much snow. During the winter, residents can expect only a few inches of snow. 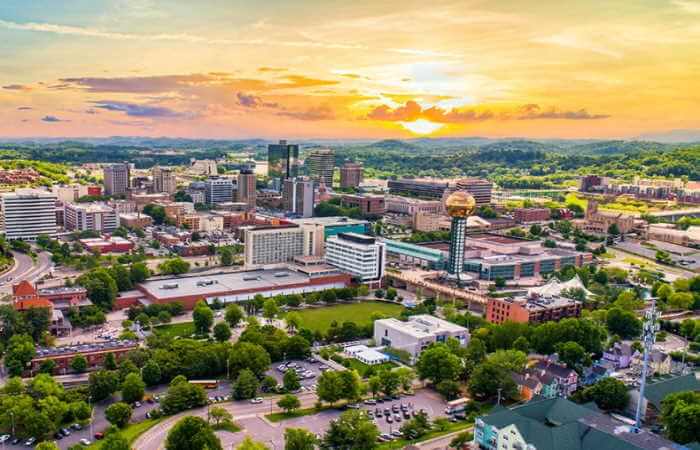 The best way to get around the Knoxville metro area is by car. If you don’t own a car, the Knoxville Area Transit is the next best option. It is the most reliable public transport system for Knoxville residents. KAT trolleys and buses service the entire city so you can get to and from any destination.

There is also an extensive highway system that passes through the city. This highway system makes it easy to access other cities in and outside of Tennessee, such as Nashville and Atlanta.

According to US News, the average commute time in Knoxville is 24 minutes (almost 3 minutes more than the national average).

Knoxville is considered one of the best US cities for job hunters. The employment rate is excellent and there is a growing job market for fresh graduates or those seeking new employment opportunities.

Mining and quarrying are two of the top-paying industries in Knoxville. There are also plenty of employment opportunities in the medical, energy, and broadcast and communication fields.

The quality of life is an important factor to determine if Knoxville is a suitable city to live in. It is a sports-loving city, so you will thrive if you like to enjoy sports during your free time. There are many sports facilities available to use by the residents including Victor Ashe Park.

If not, then no need to worry because the city is abundant in outdoor recreation opportunities. The city offers numerous parks, rivers, and lakes for outdoor recreation, such as hiking, swimming, biking, boating, etc. You can get your fill of outdoor and natural beauty by visiting the Knoxville Botanical Garden & Arboretum or the Ijams Nature Center.

But perhaps there isn’t a better incentive for outdoor lovers to live in Knoxville than the Great Smoky Mountains National Park. Living in this city gives you easy access to the most visited national park in the country, as well as the natural features of the Appalachian region.

Is Knoxville TN a Good Place to Live?

The short answer is yes. Knoxville has plenty of advantages for anyone who is considering moving to the city. It is suitable for young families, seniors or retirees, and young professionals. There are several neighborhoods to choose from that would suit your lifestyle and needs. Use the information provided here to help decide if this city should be your next home.