When you think of Tennessee, you think of country music festivals and that bluegrass country culture. If you love these, you might want to move to the state to experience them first hand. Before you move, it’s best to ask this question: is it expensive to live in Tennessee? This guide breaks down the various factors that impact the cost of living in the state to help determine if you can afford to live here.

Is it Expensive to Live in Tennessee? 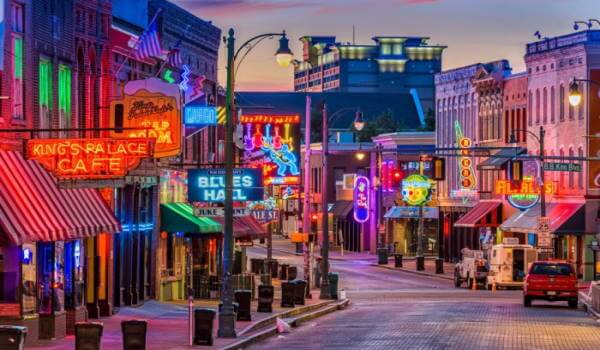 The short answer is no. You’re right about picking Tennessee as your new home because the cost of living is relatively low (compared to other US states).

According to the Cost of Living Index 2021, Tennessee ranks sixth as the most inexpensive state to live in the US. The index uses an aggregated benchmark system against the US national average. Tennessee earned a score of 88.7, which is below the national average of 100.

However, this data refers to the overall ranking of the entire state. You must remember that the average cost of living will vary between cities or counties. For example, the average cost of living in the city of Memphis is different from the city of Knoxville. Make sure you research the living expenses for every city before you decide where to live.

Guide to Cost of Living in Tennessee

The following is a closer look at the various indicators that impact the cost of living in the state of Tennessee.

Housing is the biggest cost of living expense if you move to Tennessee. The average cost of buying a home in Tennessee is $170,800. This price is cheaper than the national average cost for buying new homes ($334,000) or previously owned properties ($260,000). Several factors determine the actual price of the home such as the location and the size of the home (the cost of a 2-bedroom home is lower than a 4-bedroom home, for example).

If you cannot afford to buy a home in Tennessee, the average monthly rent for a 2-bedroom apartment is $854. This rental price is lower than the national average of $1,124 per month.

Food is another signifi cant cost of living indicator in Tennessee. MIT’s Living Wage Calculator estimates that a single adult in Tennessee will spend an average of $2,990 annually on food expenses. This average cost will be significantly higher for a family.

The availability of specific food products and their prices will vary based on the city where you live. The cost will also vary based on where you get your food from. For example, a fast-food meal in Tennessee will average $7.7 per person while a restaurant meal will cost you $84 per person.

This is one indicator where Tennessee is higher than the national average. The US Energy Information Administration estimates that the average cost of the monthly energy bill in TN is $123, whereas the national average is $117.6. Expect the bills to run higher in major cities and urban centers in Tenneessee.

The utility costs in the state are also higher than the national average, such as internet plans, garbage disposal, heating, cooling, and water bills.

Healthcare is a basic living expense that you must account for when moving to Tennessee. The healthcare costs in the state are slightly above the national average, based on the data from the 2021 Cost of Living Index.

As of 2021, the residents of Tennessee only had to pay for sales and federal income taxes. There are no personal income and state property taxes collected in Tennessee.

If you’re moving to Tennessee, it is important to be aware of the average salary expectations. This data will inform your decision on which job opportunities to pursue and if you could afford to live in the state.

Average Cost of Living in Tennessee Per City

As with any other state, the cost of living in major urban centers will be higher than if you were to live in the smaller, rural towns. To help you choose which city to move to in Tennessee, here is a comparison of the average cost of living for the major cities in the state based on data from LivingCost.org.

Is it expensive to live in Tennessee? Based on the data presented above, it is one of the cheaper states to live in the US. The cost of living in major cities like Nashville and Memphis is lower than in other major cities in the US like New York City, Los Angeles, Chicago, San Diego, Philadelphia, and Dallas.

Aside from the lower cost of living, it is important to consider other factors when deciding to move to another city or state. However, if affordability is a major factor in choosing where to move, then Tennessee is a practical option. The best part about moving to “The Volunteer State” is that you can enjoy a high quality of life at a low cost.